Squeaky Clean: The Mover’s Guide to Cleaning your New Home 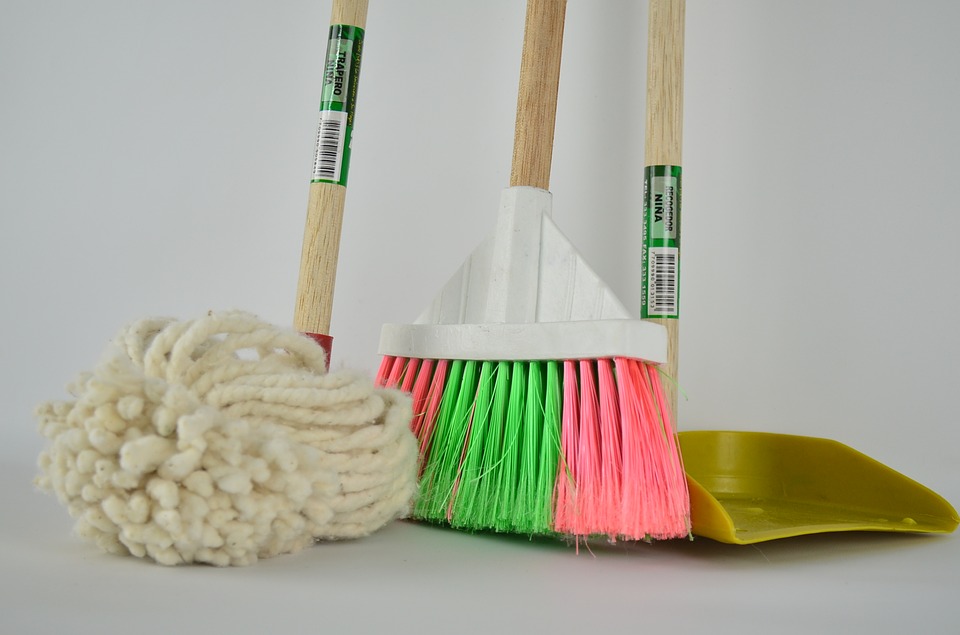 If you’re making a local move, you may be lucky enough to get the keys to your new home a few days before the movers arrive. This affords you the rare (and much-needed) opportunity to spring clean the place from top to bottom and everywhere else before your furniture and belongings arrive. Sadly, this isn’t the reality for most people. In general, you’ll get your keys on the day you move in and you have to find a way to live with it.

Sure, your new home has probably been “cleaned” but do you really want to take the chance and live in it as is? We strongly recommend going over everything yourself for your own peace of mind. If you’re moving into a particularly busy or popular neighbourhood, chances are that you’re moving in as the previous inhabitants are moving out. It’s hardly ideal but that’s the way things go sometimes.

When the movers have left and you’re standing in a sea of boxes in a house that is entirely unfamiliar to you, you’re going to wonder where on earth you should start. We’ve got you covered.

Many people will advise that you start your cleanup in the kitchen. Our word on the subject: don’t. At some point during your cleaning and unpacking spree, you’re going to need the loo…and you’re not going to want to go in a grimy bathroom. Once you’ve done a preliminary clean in the most important part of the bathroom, you’ll probably think of leaving the shower or bath until later. Consider how tired you’ll be later. All you’ll want to do is shower and collapse on your bed. At that point you’ll be more than pleased that you’d cleaned up in advance.

It might sound cliché but the kitchen truly is the heart of your home. This is going to be the first room you unpack fully – the one area in your home that makes everyone feel settled and connected. You’ll want to scrub your kitchen from top to bottom, especially in the cupboards. You’ll want to get right in the furthest corners, places that the house’s previous inhabitants may have missed.

Before your energy runs out, you’ll want to make sure that your children’s rooms are spotless. You might not mind braving a little dirt in your own room but you can never be too safe when it comes to the kids. You really don’t want to deal with any trips to the doctor on top of all the moving stress, especially if your children are starting at a new school as well. Nothing is quite as much of a downer as a house full of sick kids when you’re in the midst of your big cleanup.

Wrestling with the Rest

Once you’ve taken care of the most important areas, you can focus on the rest of the house. Rest up, take a breath and make your way through your new home slowly and thoroughly. You have an opportunity to transform a foreign space into your own little kingdom – enjoy it while you can.

Click on our logo below to chat with us on WhatsApp

Get in touch with us Monarch Moving

Click here to get in touch with us today for a free quote.